Balu is an affable and dynamic young Architect with a firm commitment and half a decade of experience in the field of Architectural academics. He completed his bachelor’s degree in Architecture from MES School of Architecture in the year 2009. Immediately after graduation, he worked with Architect and Urban Designer Jacob Cherian over a span of 15 months, engaging in projects of multiple genre, type and scale. Fascinated by the role of architecture in orchestrating human spatial conditioning, Balu spent a year-long voluntary research in that direction. Soon he realized that his true calling lies in the understanding of the Architect as a Generalist: a trait that he asserts as the engine behind all his academic pursuits since 2015.  Balu went on to complete the Master’s program in Architecture at IIT Roorkee in the year 2014. It was at the technically charged environment of Roorkee that Balu started developing a strong affinity towards understanding the significant role of Structure in Architecture. His quest to understand the transformation of Structure from an ‘optimisable-quantitative engineering entity’ to an ‘immeasurable architectural faculty’ led to his dissertation which was a critical appraisal on structures evincing a common architectural language.

In 2015, he founded his practice OAM : Oeuvre and Milieu Architecture Studio, Cochin. The passion for Teaching as a serious form of Practice inspired him to make serious contributions as a visiting faculty at various architecture schools from 2015-20. His experience with the digital discourse in architecture while handling the master’s program at MES School of Architecture, led him to conduct hands-on workshops on paper-folding techniques and form-finding methods for foundation studios in various schools across Kerala. Balu has developed unique course structures to teach basic subjects like Theory of structures and Theory of design through highly interactive exercises involving students, at the foundation level of Under graduate course. From 2018-2020, he has been rigorously involved in conceptualizing and realizing the First year Foundation Studio at KMEA School of Architecture, Cochin. At seed, Balu Joseph hopes to build a symbiotic and highly charged work atmosphere to nourish original design thinkers for the future. 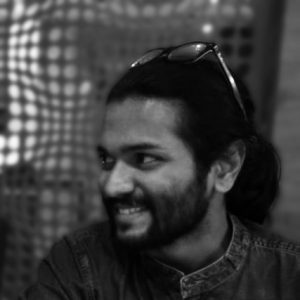