Thomas Kariath spent most of his early years in Mumbai, completing B-Arch from KRVIA in the city itself, with a short stint in Bern, Switzerland as part of an exchange program before relocating to Cochin. Mumbai as a city has had a profound impact on him as a person, infusing in him a broader outlook to people and events.

Since graduating in 2009, he has worked with diverse practices in Mumbai, Bern and Cochin, gathering thorough experience in various aspects of the architectural profession. At Mobile Offices, Mumbai he learnt spatial planning and organisation. Spasm Design, Mumbai, helped develop an understanding of various materials and their resolution through highly detailed design. Rast Architekten, Bern, was an opportunity to see first hand how high quality spaces for public and community are designed and implemented while negotiating multiple stakeholders. He decided to move to Cochin after quite a bit of deliberation, carefully weighing possible opportunities in both cities. He soon joined Ecorhythm, Cochin where he handled multiple projects of various scales from design development to site execution and final hand over. At this office, he was engaged in design, documentation, project management and site coordination on a daily basis.

In 2015, he co-founded Urban Village Studio, a multidisciplinary design practice in Cochin. Despite having their projects spread all over the state, each of the projects have gone through a rigorous formal study, heavily informed by their context. They are detailed out meticulously irrespective of their varying scales and typologies, and are executed on site under stringent supervision.

He would now like to establish a symbolic relationship with the next generation of architects by offering knowledge gathered over a decade in exchange for exposure to a fresh perspective through pedagogy. 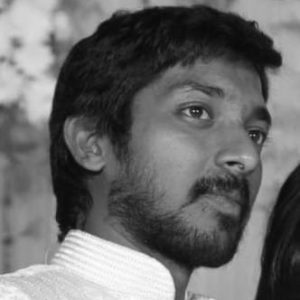